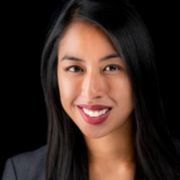 Joyce King (Olney, MD) is a first generation Filipino American, born and raised in New Jersey, who currently resides in Maryland. She is the Chief Counsel at the Frederick County State’s Attorney’s Office. She leads the Frederick County Cybercrimes Task Force, serves on the Maryland Internet Crimes Against Children Task Force, and is cross designated as a Special Assistant United States Attorney through the Department of Justice Project Safe Childhood. In addition to prosecution of child exploitation crimes, Joyce manages operations and communications for the State’s Attorney’s Office, provides legal counsel for multi-agency criminal justice policy initiatives and projects, and serves on the Legislative Committee for the Maryland State’s Attorney Association. Joyce has assisted in expanding Maryland laws on child pornography and human trafficking. She hopes to bring this passion and leadership to produce meaningful change and progress to combat the sexual exploitation of children in the Philippines. Joyce is an alumna of George Washington University, American University: Women & Politics Institute, and the David A. Clarke School of Law. 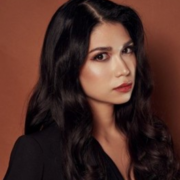 Christal Simanski currently serves as an Engagements Director with the Department of Defense in Honolulu, Hawaii. Simanski’s career assignments include being an international affairs and trade specialist for the United States Government. She has written reports on how well government programs and policies are meeting their objectives. She is the previous President of the Filipino Young Professionals Organization of Washington, D.C., which works to elevate the Filipino-American professional to achieve success in their career and currently serves as the Regional Chair for Hawaii and Pacific Islands for National Federation of Filipino American Associations (NaFFAA). She graduated from the University of Texas, Arlington, as Magna Cum Laude with bachelor degrees in political science and philosophy. Simanski went on to complete her graduate degree at the age of 22 from the University of California, San Diego, in the field of International Affairs. She has previously interned for Innovations for Poverty Action at their field office in Manila and for the State Department, at the U.S. Embassy to the Holy See. Christal has worked on an array of topics to include human rights issues and international migration. She is passionate about environmental conservation and civic involvement. 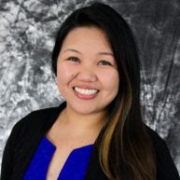 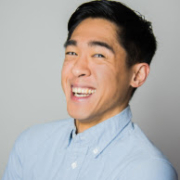 Timothy “TJ” Simba-Medel (he/they) is an award-winning poet, a teaching artist-activist, and a proud Filipino. He is the 2009 Southern Fried Individual Poetry Slam Champion. He holds a Bachelors’s in Theater Arts from the University of Arkansas in Little Rock. TJ is the first Filipinx-American Faculty Member of Second City Chicago, the first Filipinx-American DEI Facilitator for Second City Works B2B, and is a recipient of the 2017 Second City Jim Zulevic Award for Community Excellence. Before leaving Chicago, he produced the National Poetry Slam in 2018 and was featured on CNN Philippines for his work with the Manila Improv Festival. Since returning to Bryant, AR he has become the first Filipinx-American faculty member of Arkansas Repertory Theater, the first Filipinx-American to hold a representative seat in the Citizens First Congress on behalf of the Arkansas Youth Coalition for Social Change, and is an active Board Member for the Arkansas Philippine Association. His most recent collaborations include The Bulosan Center at the University of California – Davis, the Smithsonian Asian Pacific American Center, the Filipino Veterans Recognition Education Project, Filipinos@Amazon, and the Philippine Embassy in Washington DC through the Filipino Young Leaders Program. 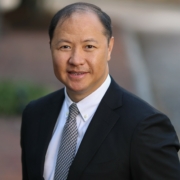 While headquartered in Atlanta, Georgia, Mr. Ramos represents seriously injured workers throughout the state of Georgia. Prior to representing injured workers exclusively, Mr. Ramos’ clientele included large insurance companies and Fortune 500 corporations.  Mr. Ramos is a Fellow of the College of Workers’ Compensation Lawyers, and he is a member of the Georgia Trial Lawyers Association.  He is also member of the Georgia Commission on Dispute Resolution, and he holds the highest possible rating in both legal ability and ethical standards by Martindale Hubbell.

Mr. Ramos currently serves on the Georgia Advisory for the United States Commission on Civil Rights, as well as the Executive Boards of the Georgia Council on Substance Abuse; Filipino Veterans Recognition and Education Project; the National Filipino American Lawyers Association; and the Filipino Young Leaders Program.  Most recently, he left the Board of Asians Americans Advancing Justice in Atlanta but remains dedicated to promoting and protecting human and civil rights in the United States and abroad. 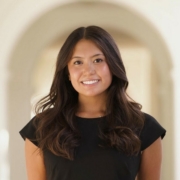 Sarah Menchavez is a third year undergraduate student at the University of Virginia pursuing a Bachelor of Arts in Global Security and Justice with a minor in Computer Science. Beginning her involvement with the DMV Filipino community as a Jose Rizal Youth Award winner in 2018, Sarah has continued to work as a student volunteer with the Philippine American Foundation for Charities in Washington, DC. At the University of Virginia, Sarah has served as a council member for the Organization of Young Filipino Americans as District Representative in organizing events between schools in Virginia and North Carolina through the Filipino Intercollegiate Networking Dialogue (FIND Inc.). Sarah is passionate about creating safe and diverse spaces for women of minority identities in the university community and does so as Vice President of Inclusion for the Virginia Epsilon chapter of Pi Beta Phi. Currently, Sarah volunteers as an English Second Language instructor in the greater Charlottesville area. 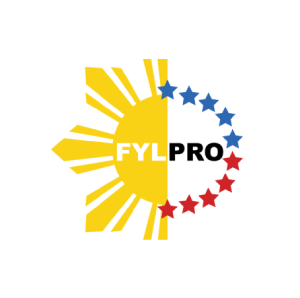 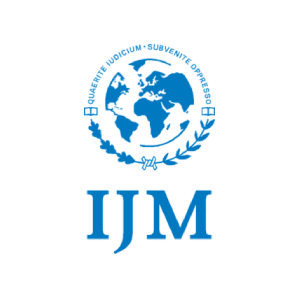 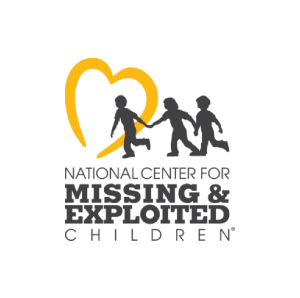 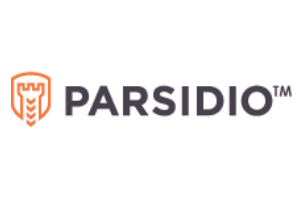